This actually a pretty simple error that you'll encounter if there is a problem with your locale setting in Ubuntu (or maybe other Linux distro). Yet, it'll make you annoy to the max if you don't fix it.

This post is actually for my reference in the future if I encounter such problem again. The problem with me is that, I found a lot of same solution for this error, but all of it don't really shut that error message. The only one that works is below command:

Credit: Hone Watson
Posted by Unknown at 9:22 AM No comments:

Earlier this week, I got a tweet about JavaScript Obfuscation Challenge and I give it a try. To be honest, I did enjoy solving the challenge and guess what, I managed to get the correct answer for the challenge and my name will be included in the drawings of iPad 2. Well, in regards to the prize drawings, I didn't give much hope on that, since I usually sucks at getting good luck. But hey, that is not about it, it's about having fun, isn't it? isn't it? Away from focusing on the prize, I did learn a lot of new stuff about JavaScript obfuscation, especially on toString() method that brought up in the challenge.

Most of the time, I happened to came across with obfuscation that use toString() method technique to hide the suspicious keyword in malicious code such as eval(). toString() method returns a string from the specified number passed to the method as well as integer between 2 - 36 as the base used to represent the number values. From the example below, we can see a radix 32 used with those combinations of number and all we get are the same output:

In the challenge, on the other hand, apply a bit more confusing technique with toString() method. In my limited obfuscation analysis, this is a first time I saw the technique used in such way. From the example below, I hide the eval() function with the help of toString() obfuscation technique,

With such technique, it gives a 'complex' looks towards the code. It is a bit of a morale game, which if I am a faint-hearted, I might just leave the code and let it solve by itself. I think in real in-the-wild malicious code, adversaries just want that to happen, and leave their bad code unrevealed. Anyways, that was quite a challenge, look forward for something like this in the future.
Posted by Unknown at 4:40 AM No comments:

Last night was a boring night for me until this idea came out of my mind, bouldering at Gua Damai. When we arrived there, it was quite dim and we bare see the hold. Getting a wise idea, I decided to turn on my car's headlight towards the wall. There we goes, having some monkey-style with some easy route.

At the end of our bouldering session, we had a nice session plus getting our stomach full with sup gearbox. The bad part was, my car's battery weak because I switched on the light WITHOUT turning the engine on, consequently making the car won't start. Anyhow, it didn't shut down my excitement for the climb :)
Posted by Unknown at 8:39 PM No comments:

How to tie figure eight knot

For climbing beginner, feel free to look into the video, hopefully it'll help you in some way.
Posted by Unknown at 11:53 AM No comments: 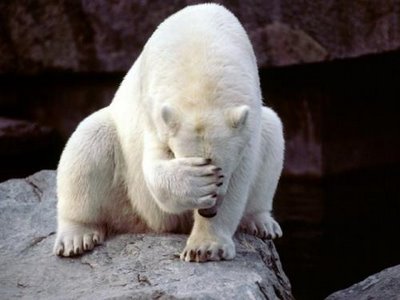 "Backup! Backup! Backup!", that was what a wise man once told me long time ago. I never really listen. So I pay my price today. I accidentally uninstalled my wordpress application and all I got is this new shiny blog without the archive of all my entry. Nice move.

Well, here I am again, start from basic, and I didn't bother to retrieve back my old entry. Look forward, and start again, that's what life is all about, isn't it? heh.

NOTE: Accidentally found my backup site dated on Nov 16, 2009. It was previously hosted on http://azizan.aiskosong.com. Now, restoration in progress!
Posted by Unknown at 5:05 PM No comments:

Email ThisBlogThis!Share to TwitterShare to FacebookShare to Pinterest
Labels: Stupidity

Having the opportunity to travel to Paris, I've decided to check out some of the local climbing store around Paris. With some googling, I found a store in Sorbonne called Aux Vieux Campeur. Getting there is quite easier as I take Metro Line 10 to Cluny La Sorbonne. From that station, I get to 48 rue des Écoles 5e, Sorbonne, Paris.

On the way to the store, I stumbled upon Université Paris-Sorbonne which reminds me to the great Indonesian movie called "Laskar Pelangi". It is a movie about hopes and dreams of poor kids struggling to get a formal education. From that movie you can see the discrimination of education towards who can afford it. But in the end, one of the kids managed to further his studies and step into Université Paris-Sorbonne and came back to give back the favor for his country.

As I walk alongside university's building, and I continue my journey as pedestrian, I managed to find Aux Vieux Campeur's store. Now that I realized that along the street, there are three Aux Vieux Campeur store. One store specifically sell backpack, sandals, and shoe for traveller, another one is for underwater gears, and the last one at the street, a three-storey building sells climbing and skiing gears, from climbing shoe to quickdraw, bouldering mattress to alpine axe, crampons, just name it.

As for me, after seeing all those gears, I have to do some calculations of plus and minus and I've decided to get five quickdraws, two carabiners, one harness and one ATC belay device. That wasn't a bad purchase after all, since the price is quite cheaper than in Malaysia. With all those gears, now I can extend my climbing to the next level. :)
Posted by Unknown at 7:38 PM No comments:

Posted by Unknown at 7:43 PM No comments:

Top rope to the top

Everyday, we are a first-timer, whether we notice or not. And today, it is my first time doing top-roping on the real rock. Even though there is so many hand hold I can choose from the wall, much of it are sharper compared to the artificial hand hold at the gym. About the feeling, yes, it is much scarier compared to the climbing gym, in regards to the sharp edges, rope itself, as well as my FIRST-TIME belayer. 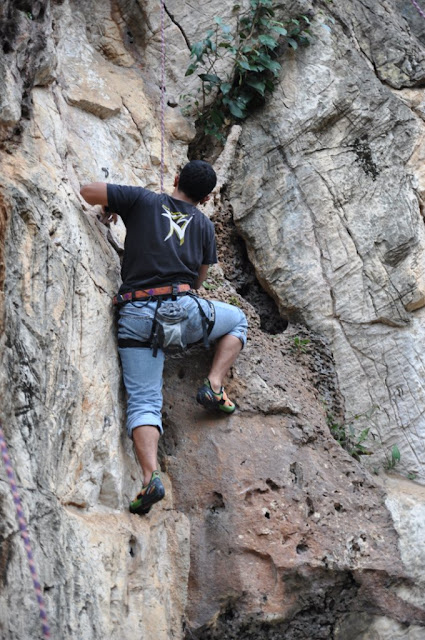 Nonetheless, it is a fun experience for me. A search for varieties in life and a confidence booster. Thanks to Farhan who invited me to join him (and other climbers from UIA) at Gua Damai, Batu Caves. And thanks to Zul for the picture, at least I have something to remember about.
Posted by Unknown at 6:54 PM No comments:


Another challenge is ready to be tackled by forensic analysts, students, hackers and alike. This time, we present you with an attack vector that has become quite successful: malicious PDF files!

For challenge 6 of our series (provided by Mahmud Ab Rahman and Ahmad Azizan Idris from the Malaysia Honeynet Project Chapter) we present you with a pcap file that contains network traffic generated by the following scenario: An unsuspecting user opens a compromised web page, which redirects the user's web browser to a URL of a malicious PDF file. As the PDF plug-in of the browser opens the PDF, the unpatched version of Adobe Acrobat Reader is exploited and, as a result, downloads and silently installs malware on the user's machine.

We prepared a set of questions that requires you to dive deep into the portable document format. Submit your solution by November 30th 2010. The top three submissions will receive small prizes.


Source: The Honeynet Project’s Blog
Posted by Unknown at 2:16 PM No comments: